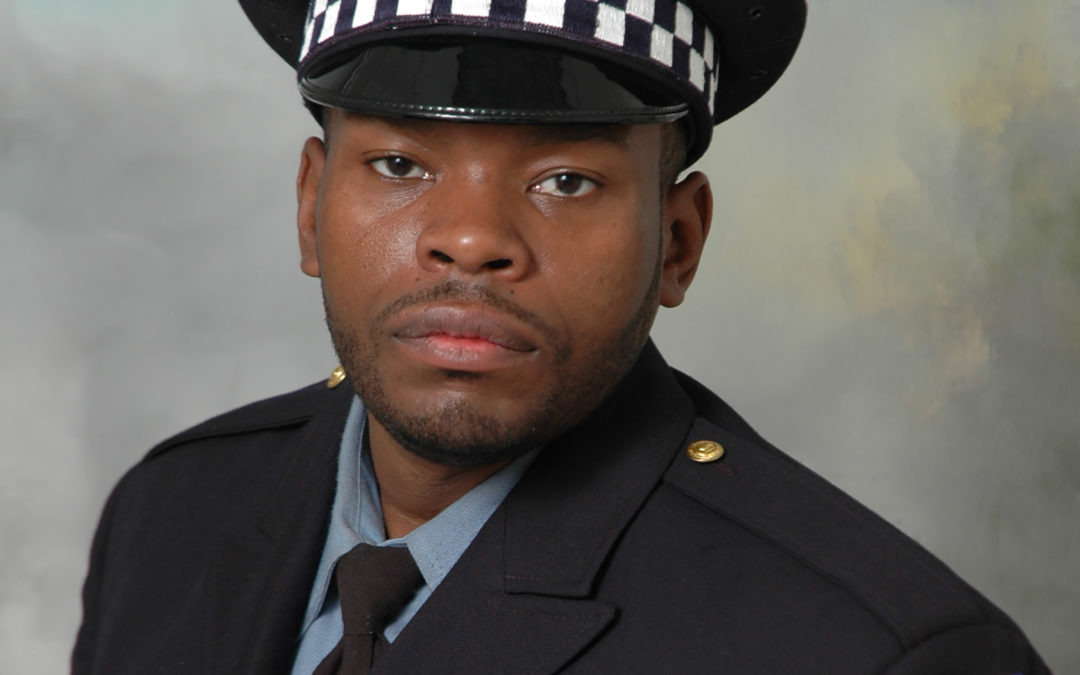 On November 9, 2020, at 10:32 p.m., Officer Moore was placed on the “Medical Roll“ for flu-like symptoms after he began experiencing minor symptoms of COVID-19. He would soon test positive for COVID-19 and continue quarantine at his residence. On November 24, 2020, his cousin, Angelica Green called 911 to report that she had not heard from her cousin for two days. Beat 633 responded to his residence, located on the 9400 block of South Wabash Avenue, and observed Officer Moore through a window laying on the floor unresponsive. CFD was summoned and Battalion Chief #459, Engine #42 and Ambulance #37 responded, making a forced entry. Officer Moore was pronounced dead on scene at 11:46 a.m. by Dr. Tataris from The University of Chicago Hospital. On December 3, 2020, Superintendent David O’Neal Brown announced that Officer Moore’s death would be classified as in the line of duty. On December 8, 2020, the Cook County Medical Examiner ruled the death of Officer Moore to be from COVID-19. Officer Moore was the fourth Chicago Police Officer to die in the line of duty from COVID-19.

Officer Moore was a member of the Fraternal Order of Police. He was survived by his father, Theopsy (CPD) and two sisters: Thea. 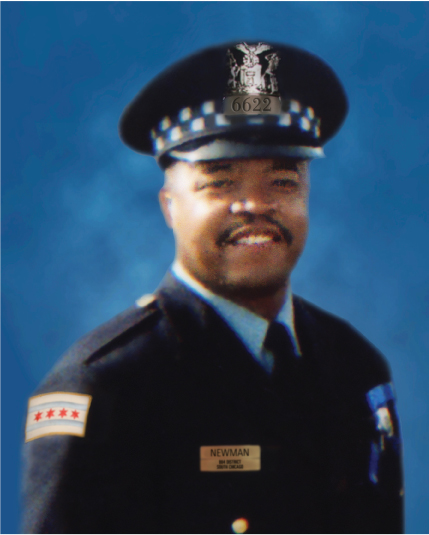 Officer Newman was a member of the Fraternal Order of Police. He was survived by his wife, Chiquita L. (Civilian CPD), age 51, son and stepdaughter. 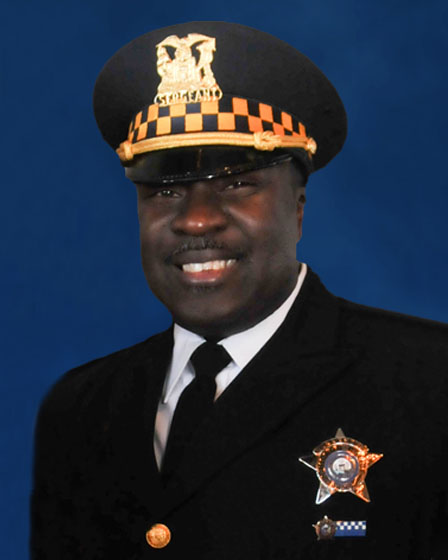 On March 20, 2020, Sergeant Martin began experiencing minor symtoms of COVID-19 and went to the ER at the University of Chicago Hospital to be tested. On March 22, 2020 at 10:43 a.m., Sergeant Martin was placed on the “Medical Roll“ after contracting COVID-19 in the line of duty. On March 29, 2020, he was hospitalized at the University of Chicago Hospital, located at 5700 South Maryland Avenue, where he was admitted to the ICU and would later succumb to the illness. He was pronounced dead by Dr. Avery Tung at 12:27 p.m. on April 10, 2020. On April 14, 2020, Mayor Lori Lightfoot and Interim Superintendent Charles Beck announced that Officer DiFranco’s death would be classified as in the line of duty. Sergeant Martin was the second Chicago Police Officer to die in the line of duty from COVID-19.

Sergeant Martin was a member of the Fraternal Order of Police. He was survived by his wife, Robin R. and children: Clifford W., Jr. (CPD), age 23, Kaysee Hayes, age 30 and Shannon (CPD), age 30. 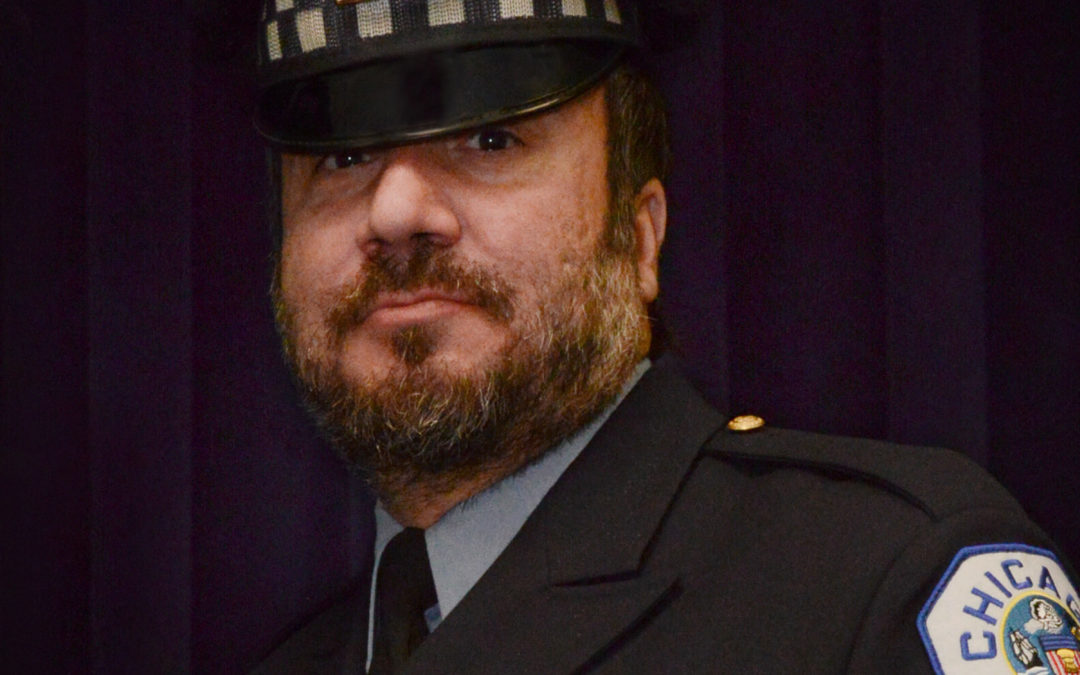 Officer DiFranco was a member of the Fraternal Order of Police. He was survived by his wife, Maria, two children: Olivia and Pedro ages 7 and 10; mother, Santa and brother, Sal (Kimberly) (CPD). He was preceded in death by his father, Pietro and sister, Rosa. 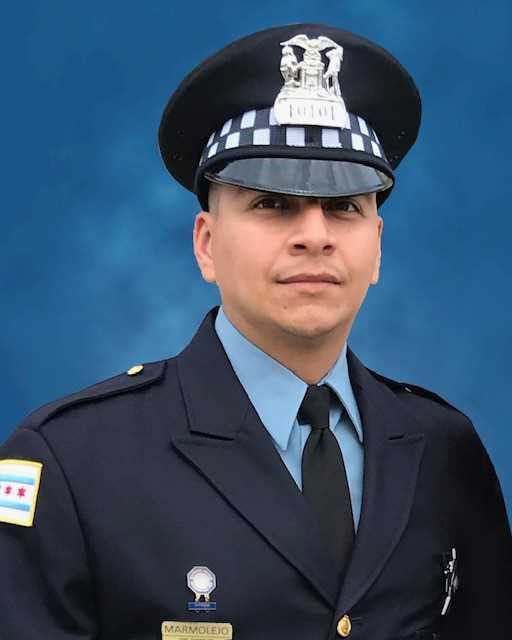 On December 17, 2018, at approximately 6:20 p.m., Officer Marmolejo and his partner, Police Officer Gary Conrad #12003, were working beat 505. They responded to a ShotSpotter alert of shots fired at 101st Street and Dauphin Avenue. While investigating the shots fired alert the officers encountered Edward R. Brown, aged 24 years, whom had fired the shots detected by ShotSpotter holding a gun. Brown began to flee Southbound on Dauphin Avenue and the officers gave chase. The foot pursuit continued up a train embankment located at 103rd Street and Dauphin Avenue where the offender crossed the tracks heading towards Cottage Grove Avenue.

Brown was apprehended a short while later by other responding officers and placed into custody. Brown’s gun was also recovered near the scene where the officers were struck. On December 19, 2018, Brown was charged with Aggravated Unlawful Use of a Weapon and Reckless Discharge of a Firearm – Endangerment.

Officer Marmolejo was a member of the Fraternal Order of Police. He was survived by his wife, Maria (nee Perez); daughters: Madalyn, Rebeca and Sofia; parents: Manuel and Rebeca (nee Richarte); siblings: Angelica, Lorena, Luis and Rogelio.